Narnia After The Snowmelt 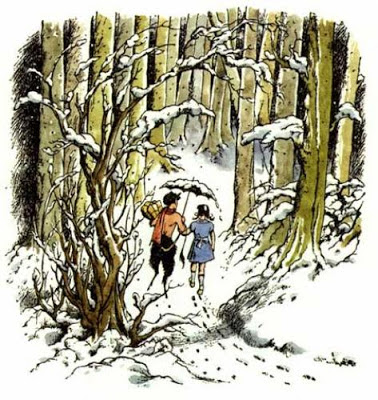 The lab numbers are back, and the cholesterol ones haven't moved at all. The triglycerides went down sharply, but my triglyceride numbers were already pretty good. I really thought that losing these last two inches from my waist, and cutting out the red meat and ice cream altogether, would move the needle on the cholesterol: but not a bit.

I had already laid down the number that was going to make the statin decision: if the total cholesterol / HDL ration was still over 5.0, I'd start taking them. My number was 5.5, so -- here goes. I don't buy the story of cholesterol being a driver of ill health, but there's probably some value in taking the LDL level down. If I have any side effects from them, I'll stop. I don't really view it as a terribly important decision, which is why I sort of picked a number out of a hat to make it for me. I've already given it more energy than it deserves.

Anyway, I'm glad to have gotten my waist down to 32 inches, which is sort of the land of fable, for me. I wake up in the morning, suck in my gut, and explore the terrain curiously with my hands: the segmented columns of the rectus abdominis and the lat-like flare of the obliques; the easily palpable guy-wire of the linea alba, the startlingly strong pulse of the abdominal aorta. A landscape I knew was there from my anatomy texts, and from years of doing massage on other people, but which I'd never been able to read with my fingers. Narnia after the snowmelt.

So lots of crosscurrents, here; and lots of over-interpretation. I can fix on the small waist, and the greatly-improved triglyceride/HDL ratio, which is quite close to 1.0 now, and which is supposedly the best marker for insulin sensitivity (in Caucasians), and think of this as a victory. Or I can fix on having caved in on the statins, which means that I'm not immortal after all, that I haven't outrun the medical establishment, and that I'll die awash in medicines like my mom did, not even knowing what the hell all of them were for.

Or I can decline all the stories, and acknowledge that actually very little has changed, and that possibly the most important development of the past three months has been learning not to dread going a day or two without food.

I am in the critical phase now: the weeks after the weight loss, when my motivation for tracking and restricting intake is lowest, but my body will make its most determined hormonal bids to get the fat stores back up. People focus on the weight loss, but that's actually the easier part. The harder part is convincing the body that this is the new normal. My set-point may come down -- the evidence on that is scanty and contradictory -- but if it does, it will take a long time, at least as long as the weight loss did. Some people say that if you nudge your intake up very gradually, your metabolism will speed back up even while your fat stores remain constant. Maybe, but maybe that's wishful thinking. It would be nice if it were true, but I don't see any reason to think it must be.

So I set my data points for my do-it-yourself homeostasis: nudge my weekly intake up, and if the 7-day rolling average of my waist-hip ratio hits 0.91, fast it back down to 0.89. That should keep me in range. And I can entertain myself by working on getting my glutes swole, to cheat up that denominator.

Posted by Dale at 9:48 AM
Email ThisBlogThis!Share to TwitterShare to FacebookShare to Pinterest

I would have to like spreadsheets a whole lot more before I quit ice cream.

I enjoyed reading it. Thanks for sharing!