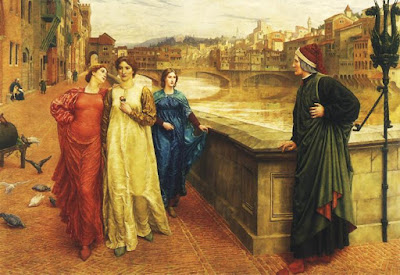 A number of things happened at once, I guess. For one thing, there was that blog post that went viral, and eventually found itself on Huff Post and in Reader's Digest: I got my fifteen minutes of fame and found that I loathed it. The very last thing I want to be is a public person.

For a long time I had thought that I wanted to be a public person. Or, I don't know, you just fall into that, if you like to write, and people praise your writing. If you want to write, you must want an audience, right? And a bigger audience is obviously better than a smaller audience. It's your step for launching into immortality: make it as broad and sturdy as possible!

So -- yeah. But it turns out I don't want immortality. I don't want fame. I don't want to belong to my message and have to scurry around promoting myself and endorsing myself. I want to criticize myself, and discover everything that's wrong about what I said last week. A "brand" is exactly, precisely, what I do not want to have. Ever.  Immortality at the price of immobility? Too steep. I ain't paying that kind of money.

But I was already ruined, by then: I was thinking about my accursed audience, and what I ought to say, and what they needed to hear. Which was generally, "not any of things I am currently thinking about."

So anyway, how y'all been doin'?

With my massage practice on indefinite hold, I have a bit more disposable time. And I may not resume that practice, even when this country limps its way to some extraordinarily belated end of the pandemic. I'm winding down. I'm not even sure I want to keep my day job till I'm seventy, at this point. There are other things I'm anxious to do: and I don't know how many years I'll still be sharp enough to do them.

So what am I doing? Let me count the things.

1) I'm maintaining my food and exercise regimen. For two years I've held my weight around 160 pounds, and I've laboriously added five or ten pounds of muscle during that time. I basically know what I'm doing, now. This takes a lot of time and focus and effort, and any fantasy that it would ever be effortless, something I could do on autopilot, is long gone. It's going to take about 25% of my disposable time, until I no longer have any disposable time. So be it. It's the price of mental acuity, and it's not negotiable.

2) Spanish. I was in a holding pattern, really: for the last four years I've been tracking my reading (which has been the only skill I've been cultivating) and really it's been stalled out at ten or eleven pages of reading per day, for that whole time. I have gradually read somewhat harder texts, but the process is taking far too long. If I want the skills -- even the reading skills -- I need to do something other than noodle along reading a dozen pages and drilling myself on vocabulary every day. I've doubled my reading volume. I'm beginning to watch videos in simple Spanish. And I need to start producing Spanish, speaking it and writing it. I still believe (basically) that massive input is the key, but obviously it's not going to deliver the ease I want, even in reading, without an active component. I must start writing and even -- somehow, no matter how painful it will be -- speaking. Speaking might not happen this year: it might be an after-pandemic item. But it has to happen.

3) Reading great books. I want to read all the great books. Obviously, my death will intervene before I'm done, but so what?

4) Writing in my blog, for my own precious self and no other persons, unless they decide to hang around, for whatever odd reasons, and at their own risk. I'm not editing myself on anyone's behalf. Done with that.

Until I retire, this is really all I have time for. There are other things I would like to do. I would like to program some games; I would like to program some stock-picking algorithms; I would like to learn statistics in depth. I'd love to build some climbing structure with ropes and monkey bars to play on. Acroyoga, wouldn't that be a blast? And how I would love to get back to cartooning. Oh, there's lots of things I want to learn and do! I don't have time for those things now, and I don't see where the room for them will open up. If I get my fluency in Spanish I'll just want to go on to recovering my German and French: I don't think I'll ever want to forgo languages. Those are central. So, for now, it's the Four Things, and that's about it.

Posted by Dale at 11:54 AM 5 comments:
Email ThisBlogThis!Share to TwitterShare to FacebookShare to Pinterest

Hexagonal grids can be represented as diagonal slices of cubes. Oh my. My brain has not strained this hard to comprehend something for a long time.

I noticed long ago, of course, that the silhouette of a cube is a hexagon, and I knew there had to be some useful application of that, somewhere in the wide world.

Visualize a 3x3x3 Rubik's cube, give the center cube coordinates of 0,0,0, keep all the sub-cubes the sum of whose coordinates equal zero, and voila! -- you have the representation of a hexagonal grid, one central hexagon surrounded by six others. The central one shares an edge with all the others: each other shares one edge with the central sub-cube and an edge with two other neighbors. And you can calculate distances between hexes and all sorts of things using plain old spatial xyz coordinates.

I did not invent this idea. I don't know who invented it. It comes to me by way Amit Patel, whose interactive explanation of the idea is a gorgeous piece of work.

And so by way of Amit Patel's (free) website I come to discover that someone else has actually written a Python library for manipulating hexagonal grids, which you can use -- even commercially! -- for free. I haven't used it yet, so I don't know if it actually works, but my God. The staggering amount of value that is being added daily to the human world! It boggles the imagination. This is just one trivial example: but it's happening all over the world, all the time.

Which is why, despite all the man-made disasters we're enduring, I do not quite lose hope. A Python library for manipulating hexagonal grids is never going to be headline news, but the increase in human strength -- in our capacity for intellectual cooperation -- that it represents, may be bigger news really than this year's wildfire season.

The morning comes yellow, smoky, and dreary, and there's a dusting on ash on the skylights: but my heart is full of delight and gratitude this morning.

How many political posts have I written, and left unpublished? It must be dozens. I read and think much about politics these days, and I work things out sometimes, to my own grudging satisfaction; but as I do so I realize more and more how ignorant and superstitious my opinions have been all my life; how wrong I have been about so many things. And so I write things out, and then I leave them sitting as drafts. So much I don't know, so much I don't understand. I would only mislead and misrepresent. Let the damn ideas simmer a while. I need to know more, so much more. The last thing the world needs is one more Rush Limbaugh. Which is what I would be, a left-wing version of him, if I let my tongue loose.

Rain will come to the Northwest again, eventually, and the fires will go out, and in a year or two the pandemic will have faded, and there will be a clear bright fearless dawn, whether I'm here to see it or not. Much love to you all, my dears!

Posted by Dale at 6:59 AM No comments:
Email ThisBlogThis!Share to TwitterShare to FacebookShare to Pinterest

The Spanish for "verdigris" is cardenillo. I have had a hard time learning this, because cardenillo seems to me like it should mean some shade of red: I guess I have "cardinal" and "carnation" and "carmine" in mind. Pretty much the opposite of verdigris.
The Spanish derives from the Latin carduus, thistle, which arrives as the sturdy Spanish cardo, munched by good Spanish donkeys in a thousand stories.  Which seems at first only to make matters worse, because thistles are resolutely purple. Cárdeno means purplish or violet. What does that have to do with the green of a green penny?
Verdigris is actually as blue as it is green: sometimes more blue than green. If you google "blue thistle" you will find pictures of flowers that are not too far from the color of oxidized bronze. Maybe that's the way of it.
But there's still the odd matter of the diminutive. The "bronze disease" is the "purple-itty"? I'm not  satisfied. I still can't make cardenillo feel like it should mean "verdigris," even with blue thistles dancing in my head: there's a mystery here.
Posted by Dale at 9:33 AM No comments:
Email ThisBlogThis!Share to TwitterShare to FacebookShare to Pinterest
Newer Posts Older Posts Home
Subscribe to: Posts (Atom)