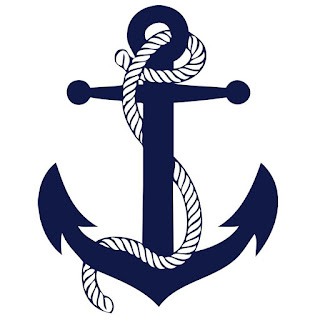 I have no fondness for the hope, the emotion. Insofar as I must traffic in expectations, my policy is to make them as realistic as possible. I am all too ready to take my fantasies and projections about the future to be real and trustworthy: I don't need to be encouraged in my self-deceptions.

So -- I was long in appreciating hope, the virtue, and even longer in finding a secular version of it. But it has become central to my political thinking, such as it is. Hope is critical. And it is a virtue: it may in fact be the political virtue.

When I first read Paul, and he listed the principal virtues as "faith, hope, and love," I was merely puzzled. How could hope be a virtue? It was simply an opinion, or a prediction: good things were on the way. Well, maybe they were and maybe they weren't, how were we to know?

But of course for Paul, and for any Christian, the hope isn't for anything worldly. It's the hope for union with God. It's believing such a thing is possible, and continually trying to imagine how it could come about -- what it would entail. It is about the farthest thing possible from just expecting that everything will turn out all right, really: because if I really take seriously the idea that I could somehow make myself capable of receiving God's goodness, I am forced to recognize how much work that would require. Which would be: all of it. All the work I could imagine and more that I can't.

I am not, technically, a Christian. But of course I am drenched in Christianity, as is anyone in the West: if you can't see your Christianity, it only means that you've blinded yourself to it.

With election of President Trump, I could no longer believe that the election of such people was a fluke, an unfortunate hitch before democracy came of age. No. What this election meant -- quite apart from its catastrophic immediate short-range effects -- was that we will periodically elect leaders who do not have in them any of the ordinary restraints that would prevent them from beginning a world war which would be the last war, and the last of our species. We survived Hitler. We will probably survive Trump. But there will be another and another and another, one per century, perhaps, each one bringing, say, a five percent chance of annihilation. That adds up to an eventual certainty, or close enough: we might have a millennium, with luck, but we don't have ten of them. The hope for an eventual future, then, won't be a progressive democratic one. The idea of slow progress, a gradual evolution to a less violent, more compassionate, freer future, depends on there being a future. A reasonably long timeline in front of us. Which we now do not have.

Where, then, is a viable future? Well perhaps one formed by AI and surveillance. The Chinese model of pseudo-democracy, maybe: for some time their system has been producing the sort of stolid, dependable leadership that does not make for catastrophic breaks, which efficiently crushes disruptive democratic movements, and which makes possible strenuous responses to economic and environmental change. It is an ugly government, but it is not a suicidal one. The same sort of system could easily grow up here, if one of the government agencies, or one of the parties, gets the decisive upper hand with artificial intelligence. Military and communication technology now runs very strongly in favor of centralization. The age of the rifle and the printing press was an age of revolution and liberty: I suspect that the age of the counter-insurgency team and the internet will be an age of centralized authority and manipulated elections. This is probably a good thing, or at least a thing tending to survival: free human beings would only destroy themselves.

So. This is hope? Well, of course not. But life was worth living before democracy, and it will be worth living after it. And in fact, neither you nor I like actual democracy very much, close up and in person. Few people love political life, and few think that modern political life brings out the best in people. Most of us think it does not.

Okay. So start again. What is my political hope, if it's not hope in progress, as I ever understood it, or democracy, or freedom?

Well, for now it rests in unknowing. No one can see very far ahead. There will be dangers and opportunities, as there always have been. People who are not part of the wealthy elites will have less power than we had in the past, most likely, but really we have never had very much, and losing the exaggerated sense of our importance may do us (individually) some good. But it is still our duty to imagine a good future, and to try to discern which of the branching paths before us seem likely to lead there. My choices will be far less confident than they used to be. But I do still know where I want to go, that I turn towards truth and compassion, towards valuing human beings (at least) because they are human beings, and not because they speak certain languages or carry certain papers or wear certain colored skins. Towards fairness and the rule of law and strict limits to the authority one human being can ever hold over another.

How to get there? I know less and less about that. But "they also serve who only stand and wait." I will stand and wait, and give my imagination rein. I am not required to know: I am only required to try.
Posted by Dale at 2:37 PM 1 comment:
Email ThisBlogThis!Share to TwitterShare to FacebookShare to Pinterest
Labels: Politics

Another check-in. (Sorry, this is of absorbing interest to me. Feel free to wander off while I'm obsessed with this project.) I've been at this for nine months, now, and here's what the next four months should look like. I've solidified my next, and last, goal: to get my waist measurement to be 90% or less of my hip measurement.

When I began, last May, I would have thought such a goal absurd -- grandiose -- in fact a plan for failure. How could such a thing even be? And of course it still may be unattainable. But I have yet to encounter real sustained resistance to my new diet, real stubborn hunger. I have no illusions about being able to bull my way through that, and I don't plan to try. But this is what I'm aiming for. If I need to pull up, I'll pull up.

Weight -- the first chart below -- is now second fiddle. I don't really care what I weigh anymore. The blue line is the projection of a pound-per-week loss, all the way from last May, and the red is where I actually am. The current trajectory takes me to the neighborhood of 160 lbs by early June (the exact number, I note with some annoyance, that the insurance charts I have heaped scorn upon suggest for me. Hmph.) But really, now that I'm under 180, the weight ceases to be a very interesting marker. I'm far more interested in the girth.


So below is projected girth. My hips currently measure 37.5", and I don't expect that to change much, if at all -- I'm pretty damn lean there, at this point. So 90% of that will be a waist measurement of 33.75", and I should hit that in the first couple weeks of June.


And what then? What's my maintenance plan?

I don't actually have one. I don't plan to change much at all: I'll go along as I have, eating precisely the same thing every day. I'll nudge amounts up slightly so as to level off. In the long term I have notions of trading in more veggies and olive oil and trading out the red meat: but all in good time. Or never, if never works better. I'm happy with this.

A few weeks ago I stopped eating out, so this is no longer the Tom's Diner and Burgerville diet (on which, be it remembered, I did most of the weight loss: I did not do this by "eating healthier," I did it by eating less.) My diet now looks a bit more like what most people would call a real diet, especially at breakfast -- broccoli and oatmeal with chopped nuts and boiled eggs, rather than the Tom's Spanish omelet with sour cream. But that's mostly a matter of not wanting to put time and energy into food prep. Dinner is hamburger patty and microwaved potatoes and a cup of ice cream, now. Marginally healthier, maybe, than the Burgerville cheeseburger and 1/2 milkshake, but not enough so to fuss about. Mostly, it's just a damn sight cheaper.
Posted by Dale at 9:36 AM 2 comments:
Email ThisBlogThis!Share to TwitterShare to FacebookShare to Pinterest
Labels: Whupping the Food Thing
Newer Posts Older Posts Home
Subscribe to: Posts (Atom)