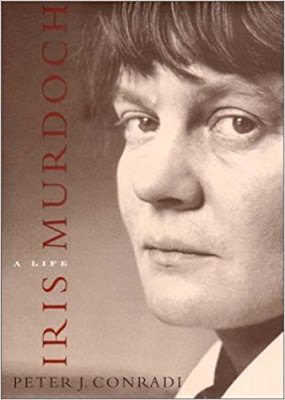 It is reassuring to read someone from my own withered time who has the conviction that the intimations, as Wordsworth would call them, have to be attended to. There are monsters in the sea, and angels in heaven. The fact that we must be mistaken about them does not mean we can ignore them.
Posted by Dale at 8:49 AM 5 comments:
Email ThisBlogThis!Share to TwitterShare to FacebookShare to Pinterest
Labels: Iris Murdoch

Taking My Own Advice

Well, I am taking my own advice unusually well, these days.

I began surfing about, looking for tables and lamps and used restaurant booth-benches on the internets, without finding much that captivated me, and then I heard my own solemn sententious voice, in a recent sermon, saying build one to throw away.

It's a software saying. "Rapid prototyping" is the dignified term. You don't really know what you're making till you've built it, so don't get ahead of yourself with planning and designing. Build a crappy one first, and then you'll know what building one is like. You'll know what the hard parts are, and which parts you don't need to worry about, and above all, once you have a clunky prototype and use it a few times you'll have some idea as to whether it even addresses the problem you're trying to solve. Remarkably often, projects turn out not to do that. They're intelligent, compelling solutions to problems that no one actually has. And there is the short history of a hundred failed dot-coms.

So I stopped looking for lamps, tables, chairs, and I just built a crappy workspace from the materials at hand:


And, when I began to use it, I realized: no way. Not here, ever. It's too low, and there's too little natural light. I will never want to work in a place that feels like a burrow. I want to be up in the light, up where I can see the sky, preferably on the roof of the Astronomy tower. That is the problem. Tables, lamps, and chairs are neither here nor there. I need a view.

I have no idea how I'm going to do that. But at least now I know what I'm trying to do. And I haven't thrown away a lot of time and money on acquiring, and trundling about, a bunch of irrelevant stuff.

And I worked a couple hours this morning in the living room, with real physical books, in the light of the big window, and felt happy. I'm working again, for real.
Posted by Dale at 11:16 AM 5 comments:
Email ThisBlogThis!Share to TwitterShare to FacebookShare to Pinterest


So the year is winding down. The year of losing weight, that is. The anniversary will be May 11th: that was the day in 2017 that I measured my waist, got 50 inches, and decided this really had to stop.

Am I embarrassed about throwing pretty much an entire year's allotment of oomph into losing weight, which is about as self-absorbed and self-centered a task as a person could undertake? Yes. I am. But tough. I needed to do this.

I'm not done yet. My initial goals were a 40 inch waist and 180 lbs: I hit those in January and February. My last one is to have a waist measurement that's 90% of my hip measurement. This one is a little harder to draw a bead on, since both measurements have been dwindling. I'm actually training now to build some butt muscle, which I felt silly about at first, but having read around some, I find that trainers of old people take this quite seriously, for good reasons, so that it's not just a matter of hacking the numbers. It's why the numbers were there in the first place. Glutes are a big deal in getting up and down, and lifting things off the floor, and generally not being feeble.

So. Right now the numbers are dead even: it's 36.5" for both of them. Holding the hip measurement steady, that would be a waist target of 33.0" -- three or four months away, at my regular loss-rates. I suspect the end-game will be harder and longer, though. We'll see.

But in any case, the project should be winding up in a few months. Of course, maintaining it will in many ways be no different. I will still have to cook food and track everything. I have zero expectation that my appetite will magically repair itself -- that I will ever be able to eat ad libitum. But both the stress and the reward of change will diminish. I will gradually have -- I am already noticing that I begin to have -- more spare oomph to deploy. I will be able to to undertake a new project, and hopefully a less selfish one. Or anyway, to prepare for a new project.

As I write here -- this is not so far what I meant to write, I meant to brainstorm about the new project -- it has become clear. The next thing I have to do is make a work space at home. That's my next project.

My work space used to be the cafes I breakfasted in. Bright lights, large sturdy tables I could spread out books and spill coffee on, comfortable booth seats I could sit in for hours. I don't do the cafes any more, so I need to make that space here at home. Here, where I sit now, in the wreck room. I need: a bright light, a sturdy table I can spill coffee on, a chair I can sit in for hours.

Well, that was easy. The theory was easy, anyway.

I have never really tried to make spaces in my own home, and I find it an oddly disquieting ambition. But no odder, no more disquieting, than being a skinny guy. I will do this thing.

Posted by Dale at 10:28 AM 6 comments:
Email ThisBlogThis!Share to TwitterShare to FacebookShare to Pinterest
Labels: Whupping the Food Thing

The Sea, The Sea 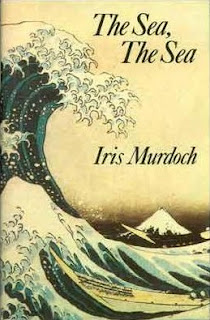 The idea, I guess, was this: suppose you were one of those people whose life was principally organized around love (there are, I understand, some odd creatures with other kinds of lives. I often puzzle over them. What are such lives like? I digress.)

So suppose. And suppose that your loves, rather than coming sequentially, as decorum requires -- suppose they all existed simultaneously, jockeying with each other and informing each other and contending with one another?

With each new love we get to design a new story of ourselves, and tidy the old one away: this is how most of us lie to ourselves most outrageously and destructively. And since Murdoch is interested in the truths of love, she thought it worth doing to plunge her narrator into a welter of revisiting loves. He's gone away to a lonely village by the sea to contemplate his life, supposedly, but he is haunted by the loves of his life, none of whom will stay tidied away.

One of the things I most admire about Murdoch is that, even coming of age at the height of anti-Dickensian modernism, she understood perfectly well Dickens's reliance on melodrama and improbable coincidence to reveal the connections of our lives, or anyway the meaning of those connections; and she continued to use it. You can picture the realist critics (still a force to be reckoned with in the 1970's) clucking at the driving coincidence of the novel -- that the narrator just happened to move to the village to which his first love, forty years vanished, had retired. But that's the point. You can't actually move away. Everything follows you.

I am only halfway through, so maybe she provides an explanation of some sort. I hope not. But this is far the most powerful and engaging novel of hers that I've read so far. There is a lot at stake here: there's a lot I care about.

I am no longer beguiled, or even beguilable

I wrote, not long ago, about novels. It turns out I was lying. I am beguiled by this frightening novel. I approach it cautiously. I care about the people and they're going to get hurt.

Or maybe the heart of the matter is the rebellion, Shelley's rebellion. Why can we not just push the unlatched gate open, and be free? Why can we not just move to Italy, where the sun always shines, with everyone we love, and live together in the light? There is such an overflowing abundance of love in us. How could it be stopped or stymied?

And the answer takes shape (and will no doubt win, because Murdoch is in fact a realist.) Why can we not just be free? Because we will not. There is no argument. There is just the stubborn weight of the world, bearing down on us. The gate is unlatched because it can't move. It never needed a latch.

I simplify too much: the answer is more complicated than that. And I hope there is more complication ahead, because I have seen this for a long time and I badly want it explained.
Posted by Dale at 8:39 AM 4 comments:
Email ThisBlogThis!Share to TwitterShare to FacebookShare to Pinterest
Labels: Iris Murdoch
Newer Posts Older Posts Home
Subscribe to: Posts (Atom)