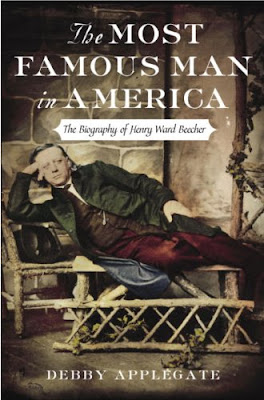 Left out of the conversation? The fact that, for nearly all of our evolutionary and historical time, we have been surrounded or neighbored by predators, animal or human.

The possibility -- probability -- of sudden death or capture, by sentient beings that desire our death, or our absorption, is not our abnormal state. It was our normal state. And we patrolled our boundaries, or helped each other to escape, and that is what made the social bonds we most trust. We saved each other's lives.

And although that is not the world we live in now, you can tell it's our normal world, because all our stories immediately return to it. Countless narratives of banding together to defeat predators. Despite the fact that most of us will never meet a creature that means to kill us in our lives.

In the absence of predatory enemies, we experience, paradoxically, much higher levels of anxiety, because we do not know -- push come to shove -- that anyone will come to our defense. In the absence of predators, we imagine them; but we don't know if anyone will try to save us from them. We don't know who we can trust. We have never had the bonding experience of escaping death together. In fact, the overwhelming tendency of human beings is to help each other out in an emergency. The "total breakdown of society" fantasy is a wildly unrealistic one. Actually what happens is we pull together, we sacrifice for each other. We become more of hive-creatures under stress, not less of hive-creatures.

But we don't know that. And we imagine the worst.

Well, sure, maybe. I realize slowly, on this bright and mild and strangely quiet February morning, that there is a reason for the quiet, and it's a simple and slightly embarrassing one. I forgot to put in my hearing aids this morning. I can just barely hear a sharp crow-voice: "Point of order! Point of order!" Really he's  making a racket, and others are probably bickering too. But it floats, barely perceptible, at that range where hallucination and guess are interchangeable. My ears are a step ahead of me in drifting away from the world.

I read a biography of Henry Ward Beecher, by Debby Applegate. The Most Famous Man in America. I should probably read some of Beecher's essays, because he's so much where my tribe originated: the transmutation of Puritanism into Hedonism: the vigorous endorsement of ecstasy and the pettifogging evasion of its consequences: the tunnel vision that sees one sort of evil clearly, and is blind to another sort. And the real origin of my personal disasters, and the waste of my life. Which is not a wastage that is very important, but it's one that concerns me closely.

We fought a long and horrible war, and won it, over whether a black person was a human being. And then we lost the peace, and had to fight it again; and now we are going to have to fight it again. The terms change slightly but the war goes on.

And also this: I remember watching Donald Trump declare himself to be without sin, in an interview before his election. I thought he would lose the devout Christian vote then and there. But even our enemies had been converted by Henry Ward Beecher: today's typical American Christians totally believe they are without sin, and they didn't mind a bit that Trump made that claim. They approved of it. They bask in God's unconditional love. That interview made not even a momentary blip on the political sonar.

Which goes to show that exchanging a stern God for a loving one actually makes no political difference. It's irrelevant. Those of us who once thought it would change something -- the joke's on us. As so often, we believed our own stories, and followed them into an ambush. Sauve qui peut.

Posted by Dale at 10:19 AM
Email ThisBlogThis!Share to TwitterShare to FacebookShare to Pinterest