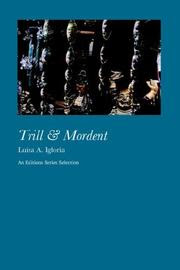 I read “Braid” for the fifth time, wondering the while if there's some key to it, something quite simple that makes all its difficulty easy. I'm still sometimes too easily deterred from modern poetry. Twenty years of peremptory dismissal leave one vulnerable. “Have you ever known a schoolmaster,” asks Stephen Maturin, “who was decent company?” The habit of authority, it corrodes your heart. I've read old poems, that I understand to the bones, over and over. I expect poems to yield to me, and I get cranky when they don't.


I called Luisa humane, and Dave said, yes, like a renaissance humanist, interested in everything. Which was true enough, yes, but not what I meant, no. I meant she's humane as Martha is humane: she accepts that we are twined together, that we're in a social fabric that only stretches so far. The opposite of American individualism. Not a self first, but a daughter, a wife, a mother first, and only a self when time and stress permit. That's what makes her so radical and so healing. She's not from here. She's from somewhere else.

Whatever “Braid” is about, it's about togetherness, about being twined with others. It's about gravity, which is, after all, nothing more nor less than mutual attraction writ large. And about the way we lay in next to each other, not mooshed, but parallel, like the ribs of grosgrain ribbon, like the atoms she has read about “which like to sit next to each other.”

. . . the equal effects of
the heart's turning toward the same gravity, that spiralling and marvelous together.

The poem seems more and more important as I handle it and turn it back and forth -- more for what it doesn't say than what it does. She's not afraid. Nothing about all this packing in together frightens her. She is not in the slightest afraid of annihilation. I try, and fail, to think of another contemporary poet who does not twin annihilation and love. A twinning that I already know I'll never find anywhere in Luisa's work. She doesn't want to love anyone to death. She wants to cook them dinner. That's what I meant by “humane.”


I've been reading this book for two days. I page back and subtract the front matter: in that time I've read thirteen pages. I'll never finish within a week. So far there's been precisely one poem, “South,” that I needed to read only once. The rest of them demanded several readings. It's strange, because she's not an obscure poet, as we moderns reckon these things. She's not trying to make anything difficult. But she has a metonymic habit of mind. She lays out, say, the “accidentals” -- the trills and mordents, musical notes that “change the pitch with just the slightest touch of dissonance”-- and then the random D.C. shootings, and then an oblique move towards a love that is an impulse “to discover which room in her body / houses the accidental sound of a tuning fork / struck and echoing in the middle of her life.” She doesn't say how these things are related. She doesn't even say they are related. They're just in the same poem.

It's what the man I learned Old English poetry from, Fred Robinson, would have called an appositive style. Plunk things down next to each other, without defining their connection, and see what happens. Old Germanic poetry is full of it, and also full of interlace structures: the two seem to go together. But it doesn't make for quick reading.

There's no hurry. I'll be reading these poems the rest of my life. Thirteen pages, and I already know that.

I first met Luisa with irritation. She'd written a poem in the Morning Porch comments, fine, what hast thou to do with me? And then Dave was reposting them on Via Negativa. For a long time I didn't read them. Christ, I have enough to do, to keep up with my friends. I skipped them and went on.

But after a while, he'd been doing over and over -- and I trust his judgment so much -- I thought, you know, if Dave thinks I need to read this poetry, he's bound to be either right or interestingly wrong. So I read one, and my heart turned over. I was an instant convert. I took to reading the Morning Porch, and waiting to see what Luisa would do with this one. It was magical. It' still magical.

Posted by Dale at 8:51 AM
Email ThisBlogThis!Share to TwitterShare to FacebookShare to Pinterest
Labels: Luisa Igloria, Poetry

Mmm, Dale - I love this...that you can see her motherhood without goop and without suspicion...well, it gives me breath & I thank you.

and, I am thinking about when I was a young piano student learning trills and mordents & how they thrilled me -- the way those very old and particular ornaments kind of trip you up, maybe send you backwards, interrupt the hurry to make sense...

Dale, I don't know who Sara is - that was me, Kim Scanlon

(Some "Sara" must have signed into something Google recognizes on whatever computer you're on :->)

You should definitely read Luisa's stuff: I'm often aware that I'm missing parts of it, in my musical ignorance. You would get all of it. And it's so much in your vein!

I remember when I first came across her when she submitted to the Water issue of Qarrtsiluni. The more I read the poem the more amazed I was, and Katherine e-mailed me and said 'please please can we have it!', and I told Luisa I was inarticulate with admiration...

I often find the Morning Porch ones a kind of embarrassment of riches, I can't quite cope with the way they pour out, so abundant and consistent. I think I should get and read the book, it's the only solution to feeling overwhelmed like that.