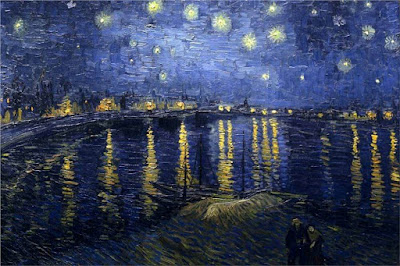 A man my age, at the grocery store, wearing a black mask lettered in white: "This mask is useless."

Except not aloud, of course. And I would even have spoken civilly to him, if I had needed to. But the rage persists, an hour later. It's just poison, of course. I think people who nurture rage are nuts. It too, doesn't give a shit. About him, or about me, or about you. So I just work with it. It's not that hard. Every time it arises, I give a little shrug, open my hands, let the rage roll out of them, breathe out and let the rage go out with my breath. It doesn't take many iterations: a dozen or two, to process the main part of it. The trick is having the time and mental space to deal with it, and not to put myself in the way of things that will provoke it again.

I really do want him to die, painfully, starting now. Which is discouraging. That's not how I want to be. The supposed origin of my rage against him is that he is indifferent to my life: and here am I, not only indifferent to his life, but actively desiring his death. Where is the moral high ground I supposedly inhabit? Really I'm just enraged because he's not agreeing with me, and because I'm terrified that Martha will die of Covid before she gets the vaccine, and because I didn't sleep well last night, and because every weekly shopping trip, as the case counts rise, feels that much more foolhardy. If this guy hadn't conveniently presented himself, I would likely have found something else to be enraged about.

And further, of course -- and adding to the rage -- is the fact that much of his motivation was precisely to inspire this response in me, and I'm totally falling for it. He wanted to take up space in my mind, and I've made him welcome there. More fool me. There's no end to this game: the only way to win is not to play.

Yeah: easier said than done. Hope you've got a nice little cough and a little fever tonight, dude. May your death be slow and painful.

Where I want to be is on the bare hills under the stars, real stars, the millions of stars I used to see just twenty miles from home on a dark night, which now I'd have to drive out to eastern Oregon to glimpse. I need to be on a hilltop with the wind ruffling my hair and the stars all different sizes and colors above me, watching me with an indifference that's a benediction. They don't care if I live or die either: but in their case, it's a balm and a relief. You can rest on that indifference, like a leaf on the surface of a brook, and go tumbling down toward the sea.

How to live? I don't know. The morning is dark, and the fern are glossy with rain: some of the fronds are dark green, and others the rich dark brown of an old copper pot. It's the first day of February. I switch on a light, just for company, just for something to stand against the cold blue-grayness of the world beyond the windows.

It is true, still, that if you ask for help, it will come. That of course is another thing easier said than done.

Posted by Dale at 5:48 AM
Email ThisBlogThis!Share to TwitterShare to FacebookShare to Pinterest

Or, as I heard someone say on SNL, regarding Trump when he got COVID, "I wish him a long recovery."

I say that the last four years gave me much more clarity as to my own political opinions. But they also made me want to stab at least a few other humans. And that's not good.

I want to become a citizen of a state where people want to pay taxes for education, healthcare, ecological restoration, etc. But I'm stuck in the 'real world' with lots of other shmoes who are actively working against those things. I have hope in bursts and hopefully that's enough.

Nimble, yes: it has been a clarifying four years, for sure.