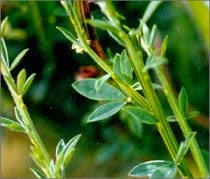 We walked, at Camassia. A crew of earnest but inarticulate young people were spraying chemicals to kill invasive grasses, which had been spray-painted a lurid teal color by some other (no doubt equally earnest and inarticulate) young people. We scooted past them at the entrance, lost them and found them again at whiles. It's not a big preserve.

A path snakes off to the bluff. A glimpse of three teenage girls who had taken their shirts off to bathe in the early March sun. On seeing us they grabbed their shirts and pulled them back on, though we were doing our best to pretend not to see them, and they were decently clad in bra-ish garments. “Once upon a time I would have felt bad,” mused Martha, “but now I think being embarrassed about taking your shirt off, when you're a teenage girl, is an integral part of doing it.”

The sky was blue, and Mt Hood's pure white made sharp edges against it. Indian plum was everywhere, its leaves standing up to fill with sunlight, its white flowers dangling down. A couple trilliums were trying it on. We met a white-haired woman who was plucking up invasive scotch broom. She was happy. “It's all new growth this year,” she said, “I think we're finally getting ahead of it.” She showed it to us, and I took a sprig to examine it, and learn to recognize it in its youthful state, in case we met any ourselves. “Slender ribbed branches” – with a star-shaped cross-section – easy enough to tell it, once you've rolled it between your fingers: it has a tough, briar-like feel.

In the afternoon, a deep, aching sadness. Martha was happy reading her book, but I was losing my place in the world. Deeply disoriented, as always after the change to daylight saving time. It makes me feel old and lost: the sun being in the wrong part of the sky, the jolting change to another schedule, the violent wrenching of all expectation, as if I'd gone to sleep in one season and woken up in another, with months of my life lost, and the sequence of natural life destroyed. I have lost my place. It will be days, or weeks, before I find it again.

I was too tired to read aloud to Martha, so I turned out my light, and she stroked my back. Sleep hovered for a while, and then backed away again. I was too tired to sleep. After half an hour or so, I turned my light back on, and read to her after all. The Truelove: we're getting into the later novels of O'Brian's opus, when he begins repeating himself, and his discontinuities begin to seem less like artistic daring and more like senility. Tried to sleep again: same routine. No luck. Got up, went out to the living room, made myself a sandwich, wandered about the web. Around two o'clock, I saw that the light in the bedroom was on again: Martha too was up and reading again. But at four o'clock, when I finally felt able to sleep, the room was dark. I climbed in beside her and fell asleep.

A couple hours later, the alarm: I had rashly agreed to give Tory a ride to work at seven. So here I am, done with that, having my coffee at Tom's, weighing the pros and cons of trying to eke out another hour or two of sleep before work. Maybe. We'll see. I've learned not to fret too much about sleeplessness, and trying to predict when I'll be able to sleep. It will all sort itself out eventually, until the next change of the clocks, when we'll get to do it all again.

Of course, it's not all the time change: that only gives the sadness and disorientation a local habitation and a name. The current pulling me away is strong. Just now I found a withering sprig of scotch broom in my pocket: slender, ribbed, dark green, out of place.
Posted by Dale at 9:55 AM
Email ThisBlogThis!Share to TwitterShare to FacebookShare to Pinterest

I love the inexorable march of the seasons: the new sprigs, the falling leaves, the biannual Dale complaint about changing the clocks.

Death, taxes, Dale complaining about DST. There are some certainties in life!

It's always so interesting to me to remember that some of my friends are really impacted by the shift. I don't feel as though it makes much difference in my sleep schedule one way or the other -- it's no worse than flying to Texas to see family (a one-hour time change), and substantially easier in many ways.

Then again, I'm always delighted by the move to DST because it heightens the change that's already been underway -- longer days, more light, a hope that eventually the snow and ice will melt. (And I'm always chagrined by the return to standard time, which heightens the change that's already been underway -- darkening, more cold, that terrible and terrifying loss of the sun.) So I suppose it does impact me. Just not in terms of my sleep - it's all mood, all the way.

Have you come unstuck in time?

Ah O'Brian who shows us that the mini-village size of the sailing ship is the perfect novel setting.
Spring and Fall are the most disorienting seasons I think. DST is icing on that cake.